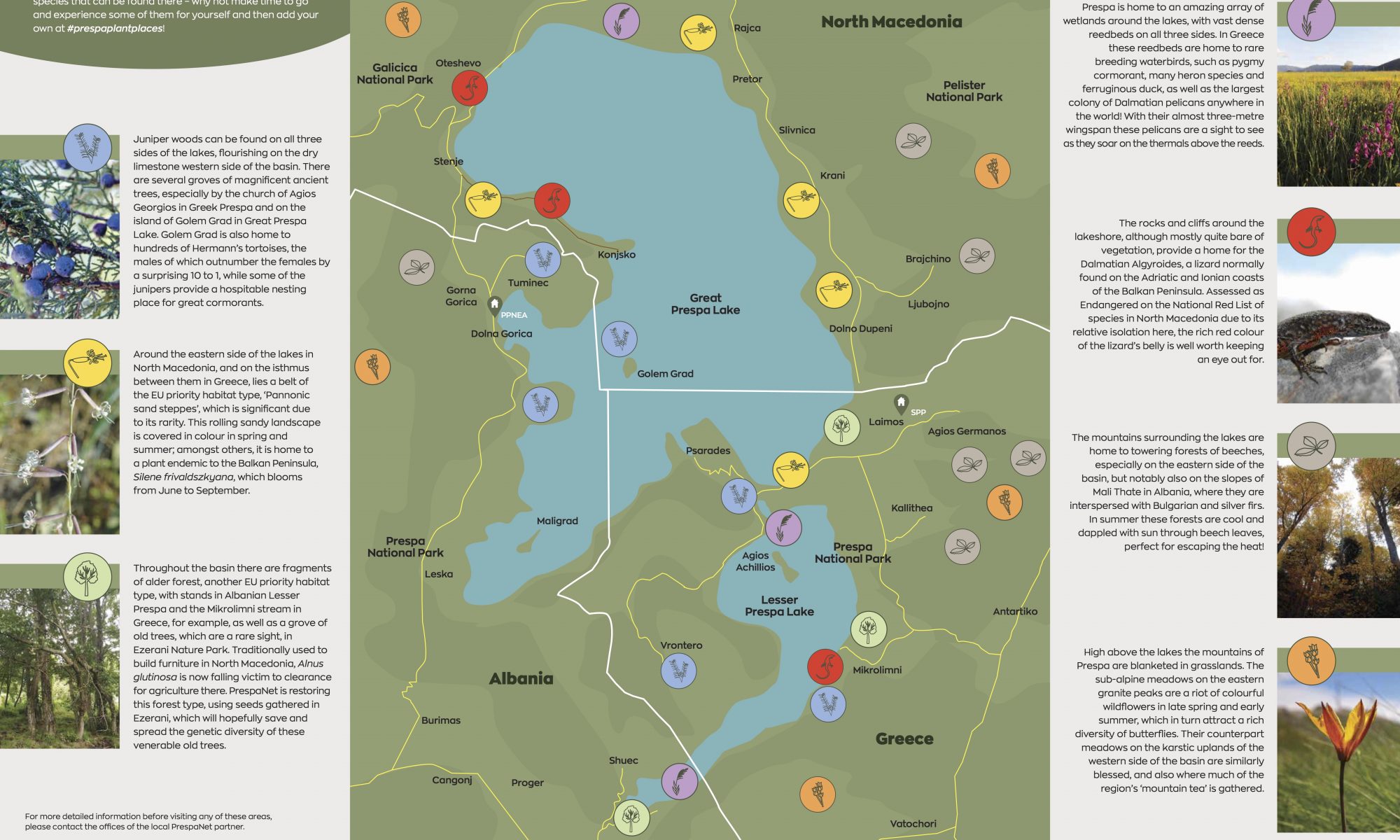 They are a part of our planet’s incredible biodiversity, and they include the places, or ‘habitats’, that are home to all life on Earth.

Read more about the habitat types of transboundary Prespa, or visit some of them using the guide in this electronic version of our new leaflet, which has been created as part of the PrespaNet project ‘Strengthening NGO-led Conservation in the Transboundary Prespa Basin’, funded by PONT and the Aage V. Jensen Charity Foundation, with support from EuroNatur, and which will be available in print form soon!

PDF in English
PDF in Macedonian

The mapping of Prespa littoral habitats, conducted in 2018 resulted with scientifically sound recommendations on their management. According to the habitats map, priority habitats – Alluvial alder forests together with wet meadows were identified as a priority for restoration, i.e., management.

In 2019, MES team started with pilot management activities of wet meadows around Prespa Lake. First, it was determined their distribution along the Prespa shoreline with a total area of ​​547 ha. The habitat map revealed four different types of wet meadows in the Macedonian part of Prespa:

In order to confirm the socio-economic, as well as the cultural significance of the wet meadows, private owners (of wet meadows) survey was conducted. Target groups were stockbreeders and owners of larger areas under meadows. The results showed that 44% mow their meadows, which satisfies the complete diet for their livestock, and 56% don’t, as they don’t have the necessity. Also, short-term biodiversity research was conducted, which revealed three new species of spiders for North Macedonia (Pisaura novicia, Berlandina cinerea and Trachelas minor, a representative of a spider family encountered for the first time, nationally, Trachelidae) and three new species of grasshoppers for Prespa, but also huge negative differences in the species diversity of the meadows exposed to agricultural practices in the region. The recommendations that emerged from the results obtained from the activities in 2019 gave several directions for improving the condition of this habitat. Among other things, a pilot project was proposed – stimulate summer mowing of wet meadows, remove the hay (biomass), and distribute it to local farmers to use.

In order to select the most suitable plot for management, a system of criteria was created:

In the process of selection, MES was in constant communication with the Municipality of Resen. Various working meetings and field visits to the area were organized in order to finalize the selection. After the plot was selected, a local farmer was hired to process the land and bale the hay.

An area of 16.054m2  was mowed in August, 11.858 m2 consisting of the Calamagrostis epigejos community and 4.196m2 belonging to beds of large Carex spp. The mowed hay was collected into 350 bales that in collaboration with Municipality of Resen were distributed to local stockbreeders without financial compensation, which was another way to help the local community benefit from habitat restoration activities. 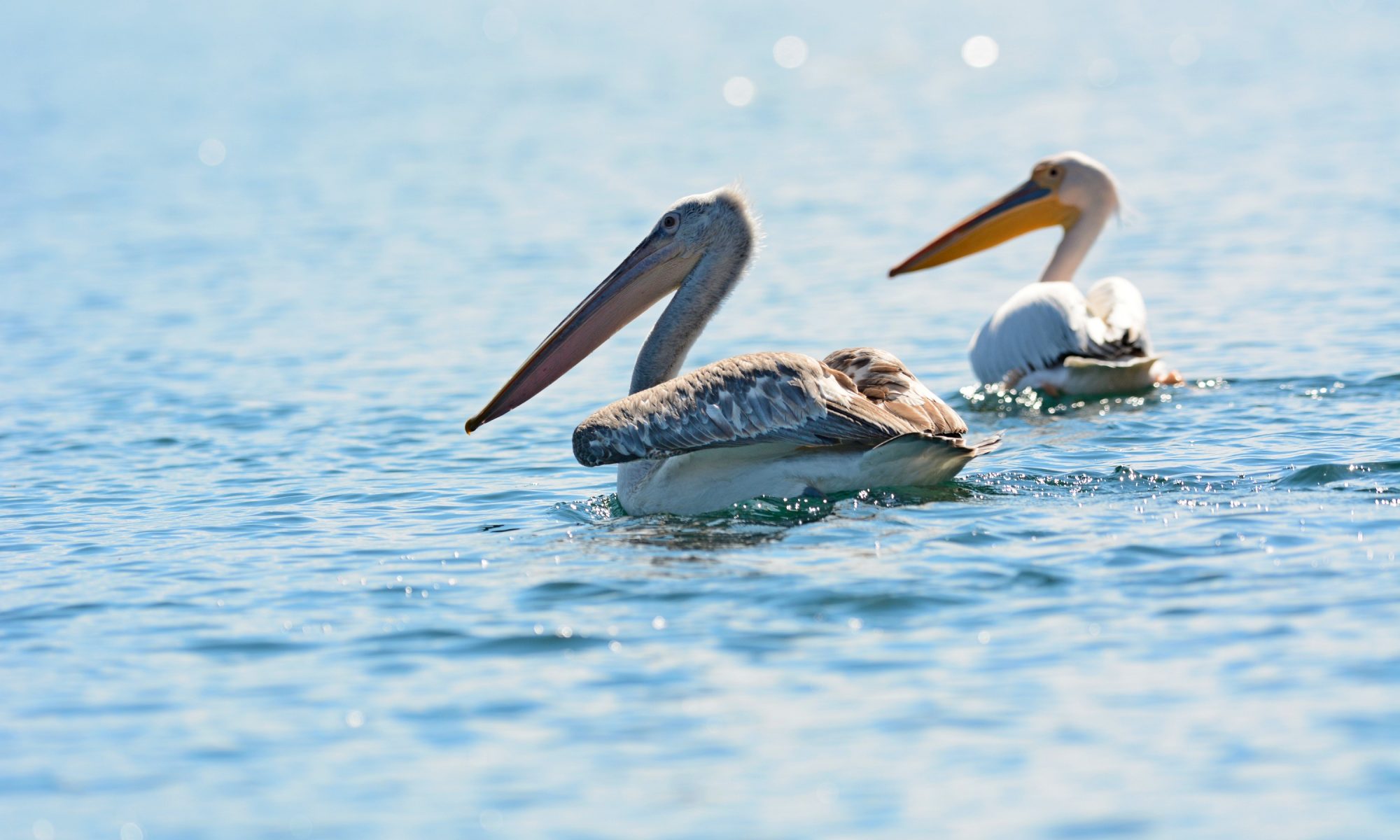 Despite the pandemic, MES managed to mark this incredibly important day following all measures of precaution. Together with otu parners from Greece (SPP) and Albania (PPNEA) we counted the Dalmatian and Great White Pelican pairs on Lesser and Greater Prespa Lakes. We moved along predefined points of interest and on the way met with our collaborators from Nature Park “Ezerani”, and several activists and volunteers from the region that helped us finally and timely reach our last destination, one of the most special places in our country – Golem Grad island. The whole experience was documented using facebook live and you can see the video in English here as well as videos of us approaching and circling the island. For more videos with Macedonian content please visit the Macedonian version of this post and also enjoy the photographs.

Saying hi to our international colleagues and followers from v. Konjsko

Riding around the island

A message from our friends and colleagues from National Park “Galichica” 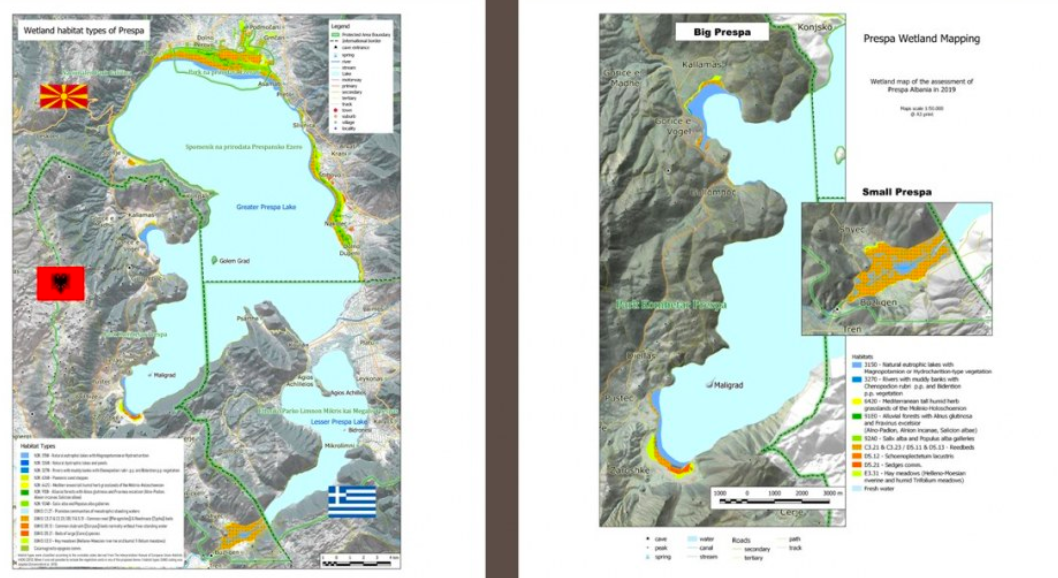 In 2018, with the help of many experts MES and PrespaNet mapped all Macedonian coastal habitats of Prespa Lake. During 2019, PPNEA widened the scope of this endeavour to the the Albanian coastline of lake and now we can finally have the first complete transboundary habitat map of Prespa Lake’s coastline. Please find more on the matter here.